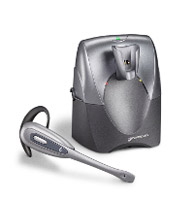 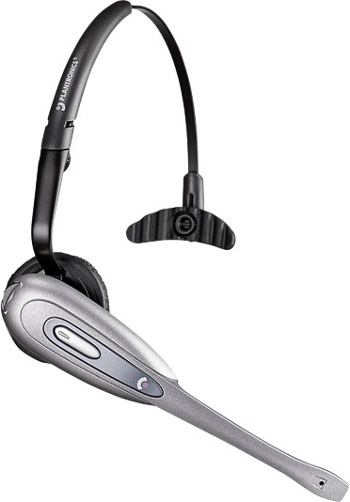 This product has been discontinued.

The CS55 - The Best Insurance

For over 40 years, Plantronics has been the world leader in communications headsets. In establishing our leadership position, we've employed a wide array of technologies and applications to deliver hands-free comfort and convenience in the office, at home and on the go. We also pride ourselves on providing a wide variety of wireless solutions to fit every user's need. These case studies will help you explore the different capabilities of Plantronics wireless products and decide which one is right for you.

Ever wish you could be two places at onceYou may just get that opportunity once you start using the Plantronics CS55 wireless headset system. In fact, that's the feedback we got from Marlene, a very busy administrative assistant in an insurance office. Marlene has been answering phones longer than most of us she's been working for the same two insurance agents for 22 years so she should know a thing or two about making her job easier.

Marlene spends a lot of time on the phone, but she also spends a lot of time on the run. She needs to be able to move around her office and answer calls at the same time. She's constantly sprinting to the copy machine or taking applications up to the front desk, while also setting up appointments with clients. How is this possibleShe simply wears her CS55 headset and answers incoming calls with the touch of a button, no matter where she is;even if she's 300 feet down the hall from her desk.

No Longer a Pain in the Neck
Marlene is not only able to answer calls more effectively, she immediately noticed another difference once she started using the CS55. She used to answer the phone the old-fashioned way, by lifting up the receiver on her desk. She'd cradle the phone between her neck and shoulder and switch from one ear to the other. But after a few hours, you can imagine the muscle tension she felt.

The CS55 alleviated her muscle pain. Now she doesn't even take off her headset except when she goes to lunch. She can walk into the filing room to pull a customer file without having to put the person on hold. And she's able to pick up a call with a push of a button because she has the CS55's accessory handset lifter, which picks up her desk phone handset when a call comes in.

The Envy of the Office
Marlene says the first time she wore her CS55, she got some funny looks from her office mates. But now that they've seen her in action, she's "the envy of the office"! Her two bosses think it's an excellent way to keep in touch with her;since they're often out of the office on appointments, Marlene can pick up their calls wherever she is, avoiding voicemail "tag."

The CS55 has many other advantages in Marlene's busy schedule. Take the noise-canceling technology, for example. Even when she's using the copy machine, her callers hear her loud and clear. Comfort is also key for her;since the CS55 comes with a choice of a headband and three earloop sizes, she found an option that fits comfortably for her. She hardly notices she's wearing the headset, and she doesn't even need to remove her earrings. And because she does double duty as the IT guru of the office, she can load software on every PC while talking to tech support. "The other day," she explained, "I had three computers going at once with the support person on the line." Try that with a corded phone!

No Turning Back
Like others who have gone wireless, Marlene agrees she could never go back to a regular phone. She says the biggest plus is being free to walk around and do other tasks without being afraid of missing an important call. In her profession, every call is critical, and Marlene no longer feels chained to her desk. She says, "My bosses are thrilled because now I'm always available. I'd be lost without this;I want to get one for home too!"

NOTE: Before re-subscribing the system make sure the IntelliStand switch (on the right side of the charging base) is in the "_" position and NOT the "=" position.

1. Press both the call control button and the listening volume/mute button for 5 seconds. When the indicator light blinks release both buttons.

2. Press the call control button again. The talk indicator light will again blink briefly to indicate the headset is back to normal.

Question What are all the different settings on the CS50, CS60 & CS55?

The unit has both transmit (how you are heard) and Receive (how you hear) controls.

The Master Transmit controls are the ABCD switch settings on the bottom of the base. A is the lowest and D is the highest setting.

You can fine tune this setting with the Plus (+) and minus (-) buttons on the back of the base that are above and below the picture of the microphone.

The Master Receive setting is on the back of the base (below the picture of the microphone) there is a 1234 switch 1 being the highest setting and 4 being the lowest setting.

There are also configuration settings on the left hand side of the base. This is a dark gray dial with a 1234 on it. There are notches to the right of this dial. Whatever number is lined up with the notches it what setting you are on. This needs to be set to the clearest setting.

There is a silver button on the headset itself which is your "Talk button. This is what you press to use the headset and or transfer the call from the headset back to the hand receiver.

There is a switch towards the bottom on the right side of the base unit that will switch the IntelliStand feature On and Off.